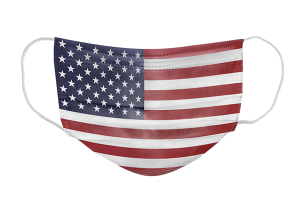 In addition to its devastating effect on people’s health and lives, the COVID-19 pandemic is laying bare socio-economic, ideological and racial fault lines around the world.

Boriana Miloucheva has examined one of the many political fault lines exposed by the pandemic. Miloucheva is a PhD student in the Department of Economics in the Faculty of Arts & Science and her collaborator is the University of Notre Dame’s Kirsten Cornelson, a University of Toronto alumna. Together, they set out to study the relationship between political affiliations of Americans and their willingness to comply with directives aimed at stemming the spread of the disease.

“What we found is that a person was less willing to comply with directives when the governor of their state was not from their preferred party,” says Miloucheva. “People were less likely to social distance, wash their hands more frequently, cancel travel plans or stop visiting high-risk family members or friends.”

As described in a paper yet to be peer-reviewed, Miloucheva and Cornelson surveyed respondents in 12 states, seven of which had a Democratic governor and five a Republican. In all 12 states, the governors had issued similar directives to limit the spread of the disease.

The researchers surveyed 1200 people in total, asking whether they’d left the house in the past 48 hours for non-essential reasons and if so, where they went. Respondents were asked whether they were working from home and if they were washing their hands more frequently than usual.

Previous studies suggested that such a reluctance to comply may have been due to a general reduction in social trust not related to political partisanship or was influenced by the information sources to which an individual is exposed.

“What we found is that those explanations didn’t fully account for the differences in compliance. Our study suggests that it’s driven by an individual’s perception that the opposition party is hostile toward them.”

The researchers found the least compliance in states where partisan hostility was highest. The degree of hostility was based on the American National Elections survey which measured respondents’ hostility toward the opposition party and affinity with their own.

Miloucheva and Cornelson were motivated in part by their sense that there was more to the popular notion that Republicans were less likely to comply with directives than Democrats.

“We thought that perhaps this wasn’t a nuanced enough story about what’s actually going on,” says Miloucheva. “We wanted to know more about what might be driving people to not comply despite the serious consequences.”

While the result provides insight into the dynamics of the pandemic, the research also points to a post-pandemic challenge and a broader societal concern.

“Both sides of this political divide feel hostility,” says Miloucheva. “And that leads us to ask, how are we going to be able to rebuild given the response to this hostility? Because once we get out of the pandemic, we’re going to need to work together to restore public institutions and fundamental public services.”

“If cooperation isn’t there,” she says, “it signifies a problem that’s even larger than the pandemic — an inability to act collectively for the public interest caused by this social fragmentation along political lines.”

And while the political landscape is significantly different north of the border, Miloucheva thinks the research may contain a lesson for Canada.

“The political polarization we see in this country is obviously much less intense than in the U.S.,” she says.

“But recent research suggests parts of Canada are becoming more polarized. I think this work can be seen as a warning against the fragmentation and polarization we see south of the border.”

Article by Chris Sasaki for A&S News, and reproduced with kind permission.